Do we have to play with words by calling ourselves climate-skeptical and climate-hypocritical when scientists’ announcements relating to climate change warn of the urgency to change gear in environmental matters if we want to save the planet?! … Our leaders and … Being a leader sometimes seems to prefer to act in fields that give immediate tangible results over ecology, with longer-term positive returns. 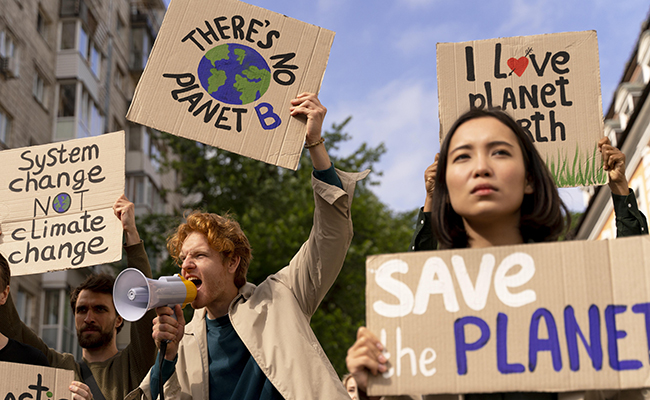 On Monday 4 April 2022, the Intergovernmental Panel on Climate Change (IPCC) released the third part of its sixth report on climate change, dedicated to evaluating ways to reduce greenhouse gas emissions that continue to rise.

To keep global warming below 2 ° C, these emissions must peak in three years, but for this we must act immediately, which implies “rapid, profound and mostly immediate greenhouse gas reductions in all sectors”, but the policies of the states are extremely insufficient. For example, experts believe that, in order to comply with the Paris Agreement, the funding allocated until 2030 should be “three to six times higher than current levels”.

But we are talking about goals for 2030, 2050 … apart from individual electoral projections and perspectives …

The summer of 2021 was the hottest on record

Friday 22 April 2022 the European service Copernicus Climate Change Monitoring has released its Report on the State of Europe’s Climate in 2021. Since the 1950s data is collected, it appears that in 2021 Europe has experienced the hottest summer on record.

2021 did not rank among the ten hottest years, but recurring droughts, intense heat, heat waves, devastating fires, tragic floods and late frost episodes have still abused the planet and its environment. Temperatures are the highest for twenty years in the Mediterranean and Baltic Sea areas.

The debates of the presidential campaign should have given pride of place to the measures to be taken in the face of the climate emergency, but the appointment was missed. Now that Emmanuel Macron is re-elected for a second and final term, we hope that the actions are there, despite everything, in the weeks, months and 5 years of the term to come, because eco-anxiety is taking hold among young people and it would be It is desirable to help them rebuild a more liveable world by supporting citizens’ initiatives. As agricultural engineer Didier Helmstetter writes in his book The garden of the sloth affected by climate change*, understanding what is happening on a global scale helps to take action in your garden! The author makes a precise diagnosis of the consequences of global warming on his garden, and concludes that, without a doubt, the climate is warming, and that it would be better today to think about our way of gardening, which has no choice but to evolve.