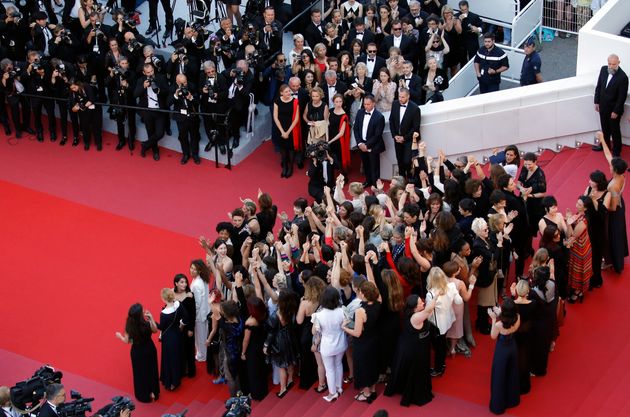 In 2018, in particular, at the initiative of the Collectif 50/50, which aims to achieve equality in the film industry, 82 women climbed the steps of the Cannes Film Festival together. In this month of April 2022, this collective is hit by a case of sexual assault.

SEXUAL VIOLENCE – This is a case that makes noise in French cinema. An administrator of Feminist collective 50/50who fights for equality, equality and diversity in the film and audiovisual industry, will be tried on September 14 at the Paris court after allegations of sexual assault, we learned on Tuesday April 26 from a court of the source, confirming the information of To free And Point particularly.

This woman, targeted by a complaint filed in March, is the subject of a subpoena on the record.

On Saturday, in an extraordinary general assembly, six directors of the Collective 50/50 he resigned “because of this particular context that has caused a tremendous amount of tension”, the latter announced.

In the internal letter distributed to the 900 members of the collective, the board of directors indicated that on 11 March a dinner was organized at the home of an administrator, which brought together about twenty people.

“At the end of this dinner, a complaint was filed for sexual assault by a guest against an administrator of the collective. (…) At this stage, the complainant does not want to speak publicly and the person implicated firmly disputes the facts ”, adds the board of directors.

“The collective has always fought against sexist and sexual violence and harassment. (…) The exceptional facts of which we are aware must likewise be treated with attention, commitment and discernment, with transparency, and in compliance with the values ​​that make up the DNA of the community ”, indicates the board of directors.

A driving force for French cinema

The administrator in question was immediately withdrawn and suspended from all his activities within the collective.

According to a report that the AFP had in copy, the administrator targeted by the accusations was heard by the police and was “in a state of evident intoxication” at the time of the events, according to several witnesses. In a text message the next day, she apologized to the complainant.

Created in 2018 as part of the international movement for free speech “Me too”, The 50/50 Collective brings together a thousand cinema and audiovisual professionals. His first awareness-raising actions in favor of equality and diversity were conducted at the Cannes Film Festival.

In particular, he participated in the parity cards adopted by various film festivals.